The growth of independent film and video production in the United States throughout the mid- to late-twentieth century was supported by a network of organizations, including museums, archives, artist collectives, and equipment access centers. Initially conceptualized as “Regional Film Centers” in 1972, these organizations were known as “Major Media Centers” or “Media Arts Centers,” and became part of grassroots movement aimed at establishing a network of organizations supporting the production, distribution, exhibition, preservation, and study of non-commercial media. Yet, histories of independent media production center on the artist, exploring each work as the personal product of a individual, rather than addressing the larger art world of resources, people, and organizations that support the production and distribution of independent media. Alternatively, projects emerging from New Cinema History, such as AusCinemas, the Australian Cinemas Map (http://auscinemas.flinders.edu.au) and Mapping Movies in the United States (http://mappingmovies.unh.edu/maps/), aim to situate the experience of cinema in its social, cultural, and economic context. This paper will report on the development of a research project aimed at tracing the legacy of the Media Arts Center Movement employing similar digital methodologies.
Mapping the Independent Media Community is a collaborative project of University of Iowa School of Information Sciences and Carnegie Museum of Art (CMOA) in Pittsburgh, Pennsylvania. This project aims to aggregate data from multiple historical datasets to build a publically available digital tool for studying and visualizing data related to the Media Arts Center movement and independent media production. The prototype dataset combines data from the Film and Video Makers Directory (published in 1978 and 1979) and the Film and Video Makers Travel Sheet (published monthly from 1973 through 1987) published by the CMOA. Together the publications aimed to “encourage and facilitate wider use of exhibition and lecture tours by film and video makers,” serving as social networking tool for media artists and the organizations supporting the exhibition of media art. Combined, the Directory and Travel Sheet provide thirteen years of data tracking over 1600 individuals and 600 organizations representing 47 US States and Territories and 21 countries. The data contained within these publications provides a snapshot of the extended network of individuals and organizations supporting the exhibition, production, and distribution of independent media in the United States and abroad.
Mapping the Independent Media Community aims not only to provide a clearer understanding of the development Media Arts Center Movement, but also seeks to identify the network of cultural heritage institutions that supported the exhibition and preservation of media art. The analysis of these datasets may suggest sites where hidden archival collections are located and assist in the identification of key institutions that may hold collections of possible interest for archives and museums.
This paper will report on the design and development of the project, present the initial findings, discuss the incorporation of additional datasets, and propose ways in which this data may be re-used by scholars and cultural heritage organizations support the preservation of independent film and video. 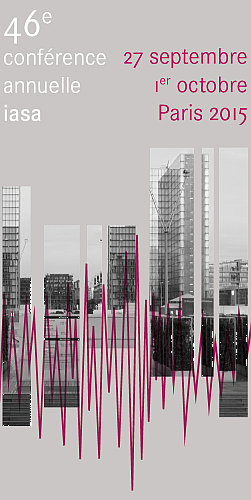